Metronidazole is used often for the treatment of the protozoal infections. It can also be used in the treatment of bacterial colitis in dogs and help decrease inflammation that occurs with infections as well as IBD (Inflammatory Bowel Disease). It is broken down and processed by the liver, so it may not be a first choice for pets that already have an existing liver condition.

Due to the multiple benefits that metronidazole has for dogs with diarrhea, and the relative difficulty of getting a positive result from testing for Giardia, it is often used without a confirmed positive diagnosis for Giardiasis. Flagyl etc. (metronidazole), given orally in liquid formulation for several days, typically clears the symptoms of Giardiasis quickly and helps dogs return to their natural GI states within days.

Not effective in eliminating the Babesia protozoans, the main infection

It is usually combined with doxycycline and enrofloxacin. Metronidazole is an antibacterial and antiprotozoal medication used to treat ...

Can be used as a supportive treatment

It is not as effective as imidocarb, that is why can be used as a supportive treatment. It can minimize the parasite spreading. 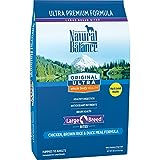 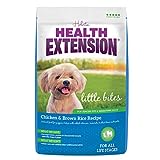