Artemisinin is a compound extracted from Chinese Wormwood (Artemisia annua), which is a traditional eastern herbal remedy for treating human malaria.

Some naturopathic vets use Artemisinin to treat animal cancer, as well as fungal and parasitic infections.

Artemisinin is toxic for both parasites, and the animal host, and should only be given short term under the strict advice of an animal health professional. Chinese Wormwood (Artemisia annua) shares the same genus, but is a different plant from Wormwood (Artemisia absinthium), which is also used medicinally.

Artemisinin supplements are available in capsules, emulsions, bulk powder, and as liquid tinctures. 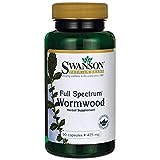