The basics:
After the Dominique, the Java Chicken is the oldest breed of chicken created in the United States. Though its name would suggest a Javan derivation, it is not known exactly where in Asia its ancestors came from. It was first mentioned in print in 1835, but it is thought to have been present well before this time.

Javas were especially notable as meat production birds throughout the 19th century, with their popularity peaking in the latter half of that century. The Java is a key foundation breed for the American class of chickens, having contributed significantly to major modern fowl such as the Jersey Giant, Rhode Island Red and Plymouth Rock. The Java was first recognized officially by acceptance in the American Poultry Association's Standard of Perfection in 1883.

Unfortunately, the Java Chicken is currently rare, and has been given a classification of "threatened" by the American Livestock Breeds Conservancy (ALBC). A concerted effort to publicize and popularize the breed is being led by the Java Breeders of America.

American Java
The American Java comes in 4 color varieties, only 2 are recoegnized by the American Poultry Association; the Black and the Mottled. The black java has a beetle green lustrious sheen to their feathers - adding to their showability. Mottle javas have a white tip on one out ot three black feathers and they can be showy too.
They have an even temperment and because of their foraging abilities are incredibly easy to keep and feed, as well as handle. This is an all around wonderful chicken; it's only fault would be a slower growth rate. Cockerals and pullets completely filled out at about 2 years, although they can be dressed out at about 18 months. They are a good solid medium sized bird.
.

Perfect All Around
The java is a very important piece of American history. Of all the breeds the U.S. has created, the java is the second oldest. If it weren't for the java, our commercial meat chickens we are so accustomed to would not exist as it does today. The java is a dual purpose breed developed to be the ultimate farmstead fowl. In the 1800's this breed was expected to forage for most if not all of its own food, hatch and raise its own chicks, lay a respectable number of large brown eggs and provide ample meat for the table. A lot to ask of for most breeds of chicken that is common today, but a no brainer for a java. The breed has a high tolerance of inclement weather. From high heat, to low frigid temperatures, the java excels. They have excellent disease resistance as well. Javas are a calm breed not prone to flightiness. They will follow you around the yard, but generally stay just out of reach. There are exceptions however! Some javas can be down right in the way with their beak into anything you are doing. They will come running and follow you around the yard. The roosters tend to be laid back and respectful of people with some individuals being overly assertive to wonderfully affectionate. The java is a treasure that needs more keepers in order to bring the population to healthy levels. If you are considering trying a new/uncommon breed, give the java a try. You won't be disappointed!
.

The Mottled Java Hen
*Story/Review*
So most everyone has had one of those friends of a friend ask you to take in some kind of animal. For me this was the worst egg pecking chicken there has ever been, Mooka the molted java hen. She had to trapped in a cage alone and given extreme calcium supplements as an attempt to brake her of her egg eating habits. It took a whole three weeks to get this hen out of the egg-eater stage. That friend of a friend wanted no more than to simply *poof* the problem away. I said, "Hey, I can brake any chicken, le'me have a shot" and they said, "..you can just have it, its a chicken dinner for all I care, pick her up at 8:00 and bring a box if you could..." So that's just what I did. Thus began the hardest three weeks of my life, making Mooka healthy.

The picture above is the picture in the tiny icon you saw when you clicked.

..To finish the original story: The friends friend ended up selling his entire Java flock for $265 on craigslist. He got it too, though I got a gentle hen to be friends with my salmon favorolle hen. She went broody when her best friend did and hatched two or three baby chicks with her pal. (a big thanks to Faboo the jersey giant roo) 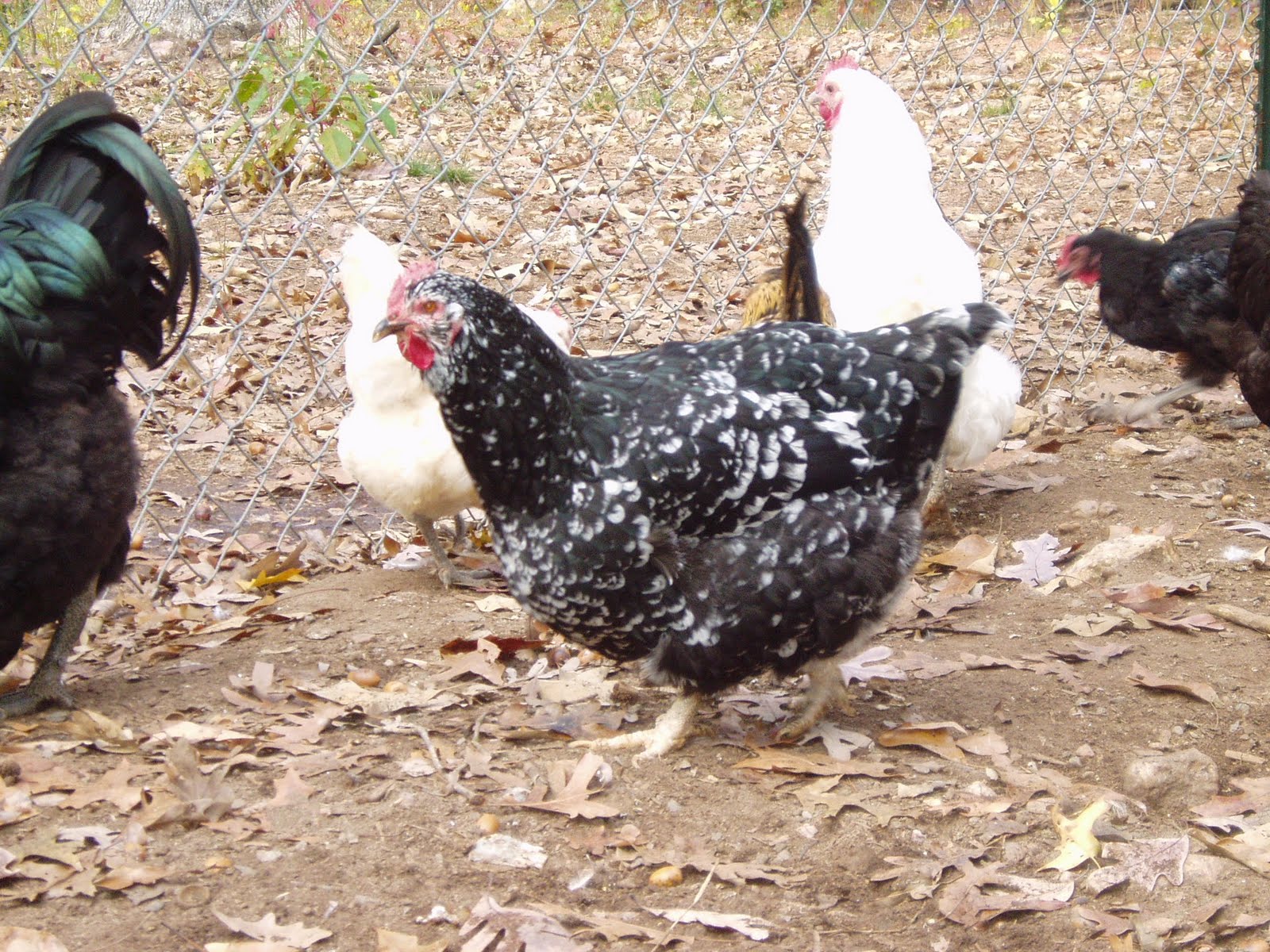