Is the Labrador Retriever right for you?

The basics:
The Labrador Retriever has been ranked as the most popular dog in the United States by the American Kennel Club for 25 years in a row. They're active, energetic, and seem to have the personality of an outgoing puppy for many years, making them well-regarded family dogs. Developed in Canada and then England to fetch waterfowl for hunters, these intelligent and active dogs love to get out there and play fetch with their humans. They're happy dogs who aren't annoyed by noisy, active families.

As an exuberant dog that must be trained not to jump up, they may not be right for fragile owners or for people who just want to kick back on the couch. Be prepared to keep those busy mouths supplied with chew toys.

Appearance / health:
Labs are medium-sized, strongly built dogs possessing a sound, athletic, well-balanced conformation. The head should be broad with a moderate stop and a slightly pronounced brow. The eyes should be kind and expressive and be either brown or hazel in color. The upper and lower eyelids of the yellow Labrador Retriever should be outlined in black. The ears should hang close to the head and be set slightly above the line of the eye.

The muzzle should be on the same (parallel) plane as the skull and should be of a length approximately equal that of the skull. The lips should not be squared off or heavy but curve gracefully back giving the Labrador the appearance of having a slight “smile”.

The Labrador’s tail is a distinguishing feature of this breed. It should be quite thick at the base; it should also be flat underneath at the base and then rounding as it gradually tapers toward the tip. It should be of medium length and thickly clothed all around, free of feathering, with the short, dense coat thus giving the tail the peculiar rounded appearance that is described as the “otter” tail.

Labrador Retrievers are relatively low maintenance dogs. A weekly brushing with a firm bristled brush, followed by a wipe down with a rough towel is sufficient to keep the coat clean and promote healthy coat and skin. Brushing, including the use of a tool such as an undercoat rake, several times a week will be necessary during shedding periods. Labrador Retrievers having proper coats are heavy shedders during the twice yearly shedding seasons and healthy dogs do shed some hair throughout the year. Unless the dog get into something foul smelling or staining, Labradors should not be bathed. Unnecessary bathing strips the natural oils from the skin and coat and can cause problems. Labradors should never be shaved down in hot weather. The coat protects the from heat and sun and insect bites. Toe nails should be kept short by regular clipping.

A daily brisk walk, in addition to the usual walks for elimination purposes is required to keep the dog physically fit and mentally stimulated. Investigate and consider the now popular dog parks as a source of exercise and socializing for your dog. But this is recommended only for the adult dog that has had some training and is generally obedient.

Labrador Retrievers are subject to Hip and Elbow Dysplasia and the breed is subject to inherited conditions of the eye, such as Progressive Retinal Atrophy, Retinal Dysplasia, some forms of inherited cataracts and other conditions which can cause problems with vision, including blindness. When buying a puppy ask if both parents have been certified by OFA to be free of hip and elbow dysplasia and registered with CERF as having been examined by a board certified ophthalmologist and found to be free of hereditary eye problems.

Labradors are also subject, though not in great numbers, to anterior cruciate ligament tears and ruptures, tricuspid valve dysplasia (a debilitating heart condition), hypothyroidism, allergies (food and environmental), and epilepsy. Reputable breeder test potential breeding stock and avoid using any dogs which exhibit any of the forgoing health issues.

Behavior / temperament:
Being developed and bred to be retrievers, Labradors are naturally “mouthy”. They will attempt to carry in their mouths anything from clothing to the human hand, arm, ankle or foot, usually with a gentle mouth but they do have to be trained to leave those objects not meant to be retrieved. Because of this mouthiness biting accidents do occur. For that reason the interaction between children and dogs must be supervised. Labradors are intelligent and generally easy-going with strangers, which makes them unsuitable as guard dogs. This intelligence, good temper and activity level are reasons why Labradors have been found to be ideal as detection, therapy, search and rescue and guide dogs. Labradors should never be either shy or aggressive. Labradors have been developed to want to be with humans and other animals. Because of their basic nature, Labradors get on well with other domestic animals. Because of their intelligence they are easily trainable and should be trained because that same intelligence will create chaos if the dog is allowed to grow up untrained. The Labrador Retriever very much reflects the time and attention given it by its owners.

Labs are an intelligent breed, and are never shy or aggressive. They like human company and would not like to be left alone for more than few hours. They are affectionate and devoted toward their owner with a strong will to please. Labs are very playful and are quick to join family members in any type of activity.

Most Labrador Retrievers love to work and to learn, if only to be in the company of their owner. Labradors often believe they know best so training must be consistent in vocabulary, correction and most important, in praise. If you have never trained a dog, it is suggested that you obtain a referral obedience training classes conducted by an experienced instructor. Your veterinarian, local shelters or the breeder from whom you purchase your Labrador can make recommendations.

Remember that the breed was developed for hunting purposes and a noisy hunting dog would be counterproductive. Adult Labradors will bark at the approach of strange cars or people onto their property. In general, the Labrador is not a barker and should not be thought of as a potential watchdog.

Labs are great
Labs are such goofy lovable dogs. They are one of the most popular breeds and it's easy to understand why. With the proper socialization and training they can be great at anything: family dog, watch dog, working dog (popular breed for hunting), service animal etc. They are quite smart and can be very mischievous. They definitely require supervision as puppies: they tend to eat anything. I've seen labs eat rocks, tiles, wood/sticks, dogs etc. They also require exercise. A bored dog gets into trouble. An hour a day is a good start. Mine will play fetch forever. Labs can live many years: >10 years so you should be committed to long-term care..

Works wonders!
Have been using frontline on my labrador for 14 years and we've never had an issue! It was initially recommended by the vet and ever since we've used it repeatedly. I didn't think it would be possible to protect a whole lab from fleas from just placing a squirt of frontline on the scruff of his back but it proved me wrong. Very quick and simple to use but my dog sometimes get agitated if the frontline is cold (he's too spoilt for his own good) and so we just hold it in our hands for a few seconds to warm it up a bit but apart from that he doesn't even notice it and it's so quick to use! Would definitely recommend.

As a professional trainer, I used positive reinforcement in all of my private and group classes for basic obedience. It's very effective and doesn't risk damaging your dog or his trust, as punishment sometimes does. Highly reccomended!.

Adopt a Labrador Retriever from a shelter near you 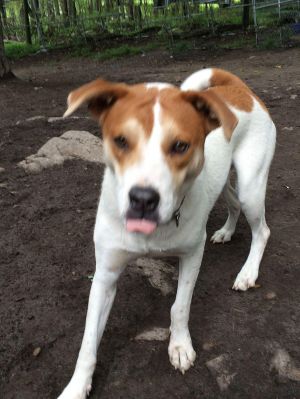 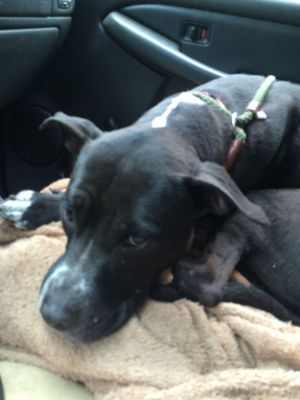 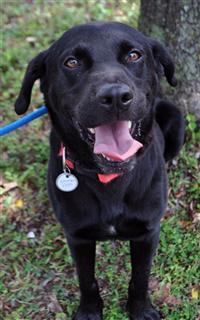