Is the German Shepherd Dog right for you?

The basics:
The strong, highly intelligent German Shepherd is one of the world's most useful dogs. Originally developed to herd sheep, they soon demonstrated their abilities in many other jobs, including search and rescue, police, and even military service. Properly trained, they are also caring and alert family dogs. In fact, they're the second most popular purebred dog species in the United States, and one of the most popular breeds worldwide.

However, a German Shepherd is not the right pet for the person who just wants to put a dog in the backyard to bark at intruders. This breed is for someone who has time and energy to channel the energy of a highly intelligent animal who needs to feel useful. A bored German Shepherd could become a problem dog.

Appearance / health:
The German Shepherd presents as a longer than tall, well proportioned, lithe and athletically muscular dog. His head is both rugged and royal, in proportion to the body, with a slightly convex forehead; muzzle is long; his nose should be black; his ears are triangular-shaped, wide at the base, open to the front and erect; his intelligent and expressive eyes are almond in shape and medium sized. His teeth should meet in a scissors bite. His tail is long and saber-shaped, bushy and should hang to his hock when at rest. His double coat is thick and lies straight and close to the skin.

A good brushing performed daily will keep hair shed in the home to a minimum. Wet bathing should be limited to only once or twice per year in order to avoid depletion of skin oil. The GSD will "blow its coat" about 2 times a years and will shed moderately throughout the year.

An unexercised The German Shepherd dog is a destructive dog and can develop restless behavioral issues. She was bred to be a working dog and, at heart, she still is a working dog. She will enjoy vigorous activity, particularly when it involves some type of training.

Of Special Note: It is imperative that you purchase your GSD from a reputable breeder who is able to offer multiple references for you to check – this is important not only for the health and over-all quality of your potential GSD, but to enable you to check for issues of temperament in the breeder’s dogs. Reputable breeders will have their dams and sires OFA certified. Aggression in the GSD and resultant attacks on people are primarily the result of badly mismanaged breeding and improper handling and training by owners. Avoid choosing a skittish, timid GSD as they are very prone to later becoming fear biters.

Behavior / temperament:
The GSD is an intelligent and responsive dog with a solid temperament that is known for his courage and loyalty. His behavior should be consistent, calm in his confidence, and non-aggressive. Though he is always warm and friendly with family, he will be initially reserved with strangers but will warm quickly to them once he no longer sees them as a potential threat. Because the GSD is always hyper-aware of their surroundings, he may sometimes see a threat where non exists; early and extensive socialization, particularly if it involves obedience training, will greatly improve his social skills and help him to more rapidly determine if a situation or person is a threat or not. This early socialization prevents him from becoming overly guarding as an adult.

The GSD is said by many to have the intelligence of a 7 year old child; this makes him immensely trainable if he is properly trained and handled. His owners need to be confident in their abilities to be alpha in his world. The GSD is dependent upon his people for companionship and should never be isolated for long periods of time; in other words, he is an inside dog despite his size. The GSD will thrive as a member of an active family, particularly if given a job to do. The German Shepherd Dog is not recommended for the novice owner.

The GSD is rated very high in learning rate and is ranked high in both obedience and problem solving skills. With proper handling and an informed trainer, the GSD can be easily trained with consistency and utilizing the positive reward system. However, due to his extreme intelligence, he will try to come up with ways to avoid what you want of him and try, instead, to train you.

Because they are a natural watch dog and guard dog, you can expect them to be barkers, though they typically do not bark unless they perceive a threat to their family. Appropriate socialization training that begins during puppyhood will help them to better judge which situations require their barking and which do not.

Schatze
Schatz means sweetheart in German and Schatze is a real sweetheart. My family loves German Shepherds because they are usually one person or one family dogs, but Shatze would climb up in anyone's car to be honest. In fact, when she and her Blue Heeler brother decide to slip out the door to run the neighborhood, I have recruited passerbys to help me catch that girl so no harm would come to her. This is a very intellengent breed and a wonderful addition to any household..

Grain-Free Dog Foods: Are They Good or Bad?
The answer, as most dog owners have probably figured out, is “who knows?”. It has been reported that so-called “grain-free” dog foods may cause a type of heart disease in some dog breeds previously not associated with that disease. The jury is still out on this debate. The “jury”, in this case, is the FDA and the key phrase is “may cause”. Don’t Panic! It is important that dog owners and others not jump to conclusions and spread potentially erroneous information. Such Information could confuse some dog owners leading them to abruptly change their dog’s diet. That could, in turn, cause the dog more harm than good. Make no mistake, the FDA is taking this issue very seriously. The agency also states their investigation is preliminary and is based on a very few isolated, albeit unusual, cases. They have not drawn any conclusions or issued any formal recalls at this time. All that said, each dog owner should be an informed consumer and decide what to feed, or not feed, their own dogs. RightPet.com has a wealth of reviews about all kinds of dog foods, and you can Google: "grain free dog food warning" (w/o "") for more specific information..

Good solution to many problems
After having stomach problems, or sensitive stomach I tend to give yoghurt to my dogs (and cats as well), because it has good bacteria that will help them, it is good for re-hydration, and for small pups and kittens I like to give them yoghurt and not milk, because they digest and use yoghurt better. .

From DVM Ivana Vukasinovic 1863 days ago

Adopt a German Shepherd Dog from a shelter near you 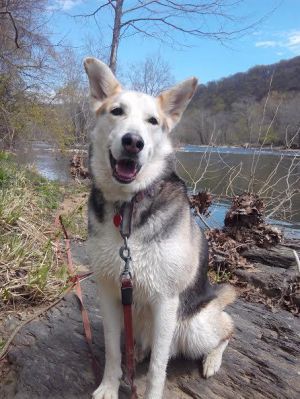 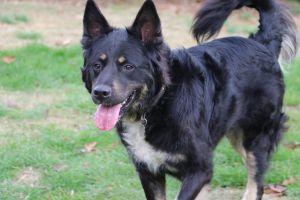 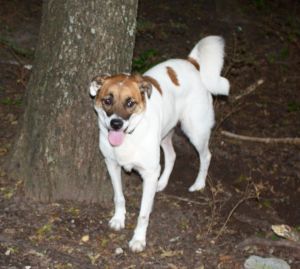