Is the Chinese Shar-Pei right for you?

The basics:
The Chinese Shar-Pei isn't just another pretty face. This wrinkled dog, named one of the world's rarest breeds in 1978, continues to win fans because of its unusual looks and calm personality. A properly trained Shar-Pei is loyal to family and cool toward strangers, and it's important to socialize this dog early to make sure your pet doesn't become overly aggressive toward strangers or other animals. While it may be too tough a challenge for the novice dog owner, they can be a rewarding pet for the calm, confident person with some experience.

The backstory behind the Shar-Pei is almost as amazing as the so-called hippopotamus face. Originally developed in ancient China, this powerful dog herded cattle, hunted wild boar, and guarded family homes. When the dog-fighting craze took the world by storm, they prove to be excellent fighters because the wrinkled skin and prickly coat allowed them to wiggle out of their opponent's grasp. However, when dog ownership crashed during the Maoist era, these dogs came close to extinction. The story goes that a Hong Kong businessman published a plea to save the breed, resulting in 200 dogs being smuggled or imported into the United States to establish the ancestry of almost all Shar-Peis found in America today. The traditional Chinese strain, the so-called "bone mouth," has fewer wrinkles than the American strain, the heavily wrinkled "meat mouth."

Appearance / health:
The Chinese Shar-pei is immediately recognizable due to their unique "hippopotamus" head shape, small triangular ears, curled coin tail, wrinkly body, and their bluish-black tongue. Other than the Shar-pei, only the Chow-Chow has the bluish-black tongue.

The Chinese Shar-Pei is a medium sized, muscular, well-built dog with a heavily wrinkled coat and large head. The head has a blunt wide muzzle with a moderately defined stop. The puppies have more wrinkles than the adults do. The eyes are small, almond-shaped, and sunken. The ears are very small in comparison to the size of the head and triangular, rounded at the tips, and curled at the edges. The ears also have the capability to move. The neck is moderately long and muscular with heavy folds of loose skin around it. The tail of the breed is also unique. It is round and thick at its base and tapering to a point at its tip. The tail is set high and usually curls to either side of the back.

The Chinese Shar-Pei sheds seasonally twice a year. During this time, the breed requires brushing more often. If kept inside, the shedding is not as prominent as the temperature stays more consistent. The breed may resist cleaning of ears and trimming of nails.
Owners may take their dogs out for daily walks or let them play in a fenced area.

Shar-pei can be prone to health conditions, just as any other breed, so be sure that research has been properly done prior to bringing one home. They can be prone to hereditary skin disorders, eyelid problems (Entropion), and yeast infections of the ears or skin. In the western world, Shar-Pei have been strongly bred for a distinctive thick muzzle and heavily folded skin. This has created a predisposition in Shar-Pei to an auto inflammatory disease called Familial Shar Pei Fever (FSF).

Behavior / temperament:
Pei are considered to be an excellent family dog. They can be standoffish with strangers, but are not considered to be unfriendly. They can be described as highly intelligent, independent, and dignified. Early training, socialization, and dominance exercises are necessary to help the Shar Pei adjust with its surroundings. Shar-Pei tend to form strong bonds with their family members, and can be over-protective at times. They are easy to housebreak.

The Shar-Pei responds best to firm, gentle, and consistent training. The trainer needs to establish a strong leadership to be able to impart obedience training without using harsh methods. Shar-Pei benefit from early dominance exercises and socialization.

They do not normally bark without reason. However, most tend to snort, grunt, and/or snore.

Shar-Pei's and Wrinkle care
Grooming, Hygiene and Health problems with Shar-Pei's can be a pain... but taking a few easy steps can help your Shar-Pei stay healthy, smelling nice, and have no nasty wrinkle infections! Shar-Pei's have "Horse hair fur", which means they only have 1 layer of short, stiff hairs compared to most dogs, which have 2 layers, one of a down and then the second of their fur. Shar-Pei's skin oils build up faster than most other dog breeds, so general maintenance is needed. With Boyd, we used unscented baby wet wipes to clean between the small folds on his face and head weekly, and bathed him once a month. (As you can see from the photo, he has no strong feelings about baths... or anything in general.) Keep an eye out for the small folds around their eyes, ears and nose, as these are more likely to develop issues later if they aren't cleaned regularly..

Great product!
Hill's makes great diets for your four-legged friends. They are a trusted company for not only the prescription diets but the science diets as well.
I gave Hill's Prescription diet c/d urinary care a 4 out of 5 stars for effectiveness because it is not a diet that works for every single patient. Every patient is different, therefore, not every patient will need Hills Prescription diet c/d. They may respond better to the Purina urinary diet or the Royal Canin Urinary SO diet. Veterinary medicine is all about looking at each patient individually to make sure their needs are met.

The reason for the 3.5 stars out of 5 for ease of use is due to palatability. Some dogs are just very finicky eaters. It may as simple a fix as to switch from Hill's c/d dry to Hill's c/d canned food to entice those picky canines. On the other hand, a completely different diet may need to be used. The important thing with pets that need to be on a prescription diet is to not feed any other food (table food or other dog foods). This will allow the prescription diet to work effectively and let the pet know that in order to eat they must eat the prescription diet. .

From JMalone CVT 410 days ago

Adopt a Chinese Shar-Pei from a shelter near you 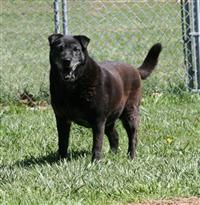