Is the Basset Hound right for you?

The basics:
The long, low-slung Basset Hound was developed in 16th century France to slowly, doggedly trail game by scent. Like other hunting hounds, they seem to enjoy working with their humans, and this breed is particularly well-known for its easy-going nature. Well-regarded for its gentleness and its ability to get along with almost anyone, the Basset Hound enjoyed a surge in popularity in 1863 after being exhibited at the Paris Dog Show.

Be aware that they have retained their keen sense of smell, and they are known to take off after an interesting scent if not properly leashed. The AKC notes that their foremost use in the United States, even today, is for hunting rabbits.

Appearance / health:
Basset Hounds are short-legged dogs with long low-set ears, with loose wrinkled skin around their heads. The tail is long and upright. The nose is dark and generally black in color, though it can be lighter in red and white and lemon dogs. They have a powerful neck and a well-domed skull.

Some Basset Hounds are heavy shedders, others seldom shed or shed very lightly. Yet, they require little grooming. Brushing of their coats is done weekly. The head and ears may be cleaned with a damp cloth. Their long ears need to be cleaned occasionally to prevent infections. Nails are important to keep short so that the Basset's movement is not impeded.

The Basset Hound was bred for endurance in the field. They need moderate amounts of exercise in the form of a short walk or a jog. At least an hour a day is recommended. You should see the back flatten out and the dog move with reach in the front and drive in the rear as you move.

Many health issues are the result of the owner's negligence in the form of improper or excess food and lack of exercise. This may result in obesity, arthritis (joint inflammation), and heart problems. In addition, a few genetic ailments may occur, such as eye problems and Von Willebrand's disease (characterized by prolonged severe bleeding). Bloat, allergies, back pain, and infections may also occur.

Behavior / temperament:
They may seem inactive at home but can be spirited outdoors. Food is a strong motivator for these dogs and they can jump up or crawl up to get items on counters. Their bark is musical. They are bred to be independent thinkers, and will manipulate to get what they want, especially human food, so it is important not to overfeed. Some Bassets tend to howl or whine rather than bark to attract the owner's attention. Their hunting instinct is strong and they will often choose to scent around a perimeter or go off on a scent rather than interact with a human or another dog.

Some Basset Hounds are difficult to housebreak, but they do well with patient training and positive reinforcement. Because Basset's are bred to be independent thinkers in tracking game, and because they are highly manipulative in getting what they want, they may want to preview a training reward being offered, and only perform a task for a reward they deem to be worth the task. Their learning rate can be remarkable, provided the proper training, and scent rewards often work well for this breed. Obedience training is essential to get the best out of this breed.

Some puppies are quite noisy and tend to whine and cry, others are extraordinarily calm and quiet. Adults are sometimes noisy.

Always ready to snuggle
I had the pleasure of caring for many of these sweet , silly dogs in my first job as the owner was a sucker for the hounds and, to be honest, I ended up infatuated with them too. Almost every one of them seemed to get along and we could take 30 hounds out into the big pasture at the same time without any issues. They came when you called them and thrived on routine! They were super super smart and they knew exactly which kennel was theirs, what time they ate each day and which play group they went in. They also knew who they could sicker into giving them treats, scratches, and snuggles. They were surprisingly quick-learners. They would go in their crates without issue, could be housebroken within days, hardly ever chewed up furniture (though they were never unsupervised), and loved to learn tricks! They do however have health issues you need to watch out for. They can suffer from eye issues because of their droopy faces, disfigured legs, back issues, and ear infections. We had a couple basset hounds that had to be put down due to brain tumors and one had to because he became partially paralyzed where he couldn't move his back end but was still feeling pain. Ear infections are very common as their ears don't allow a lot of airflow so they must be checked and cleaned regularly. Otherwise, most basset hounds can be pretty healthy and live long lives. We had many live past 10 and a couple pass away as old as fifteen and sixteen. These hounds are super affectionate. They love to snuggle and get scratches or lounge on the couch with you. They are very vocal and not afraid to tell you what they think. Most of them love to play and will happily wrestle, chase a ball, or play tug of war with you. They even enjoy long walks and can be very happy being an active dog if that's what you want, but can also enjoy a lazy life too. They can also be very silly and bring some good laughter into your life. Absolute joy to be around! I would definitely recommend a Basset hound to anyone looking for a lifelong companion to bring joy to their life..

From S Dean - Trainer and Former Vet Tech 545 days ago

Committing to set your dog up for success
Helping your dog to avoid fearful stimuli is simple in theory but can be difficult in practice. How many times has a dog owner with a dog who has a fear of something thought, "just this once, she'll be fine" or "it's only for a minute, I don't have time to avoid this right now"?

Owners must understand that if a dog is fearful of something, that is a real emotion for the animal. The owner might understand that fireworks are harmless or that a small toddler is innocent but for a dog who is afraid, they are simply afraid.

Unfortunately, many owners do not take their animals fear seriously until a bite occurs. A dog with wide eyes, who freezes in place, begins to lick their nose, yawns, or lowers their tail/posture are all signs of fear or emotional discomfort that can go unrecognized.

If a toddler or child approaches a dog who begins to lick their nose, avoid eye contact or freeze in place while slowly wagging their tail low they are not ok with being approached by the child. Some days they may be able to handle this if the dog has been mostly free of fear or stress. Somedays the dog may have had too many triggers. (Think of how you feel some days when you didn't get enough sleep, or a mishap occurred at work. When you get home, you may be more likely to snap at your family or have less patience.) The dog doesn't have the ability to remove themselves from the situation- the owner is responsible for that.

Thus, as owners we must respect what our dog is fearful of and do our best to seek out knowledgeable professional help in the way of a behavioral vet or trainer who works with one. Ideally, the dog can overcome the fearful stimuli but in cases where progress is only beginning or the fear is too entrenched it is best to avoid the situations which will cause the dog fear. Dogs always want to please people but it is important to know that they have their own emotions and limitations to how they can react in life.

It is our obligation to return the adoration of our dogs and protect them from fearful stimuli while also working to overcome frightening situations. .

From LakeLife 562 days ago

Adopt a Basset Hound from a shelter near you 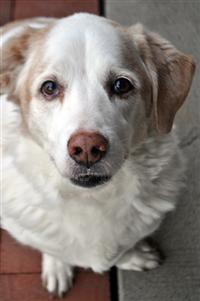