Is the Airedale Terrier right for you?

The basics:
The Airedale Terrier, called the King of Terriers by the Kennel Club (UK), is the largest terrier and certainly one of the breeds held in highest regard in its native England. Like other terriers, they were developed to hunt vermin and to guard crops, but their intelligence, their loyalty, and their keen sense of smell meant they also found employment as military, police, and rescue dogs. They were used in both World War I anad II to deliver messages. With that background, you can expect a somewhat energetic dog who does best with an alpha owner who can provide the Airedale with lots of exercise and something interesting to do.

A bored Airedale probably wouldn't be able to resist digging or finding other ways to cause trouble. Considering its natural desire to pursue, any Airedale might find it difficult to resist chasing small animals, making it a poor choice for a home with lots of other pets.

Appearance / health:
Among the largest of the terrier breeds, Airedale Terrier is a sturdy, well-built dog with sharp keen eyes, full of intelligence. They are elegant and stand with their head and tail high. The forelegs are perfectly straight and muscular and are perpendicular to the body.

The Airedale Terrier is a low shedder but needs to be groomed on a regular basis. At home, they should be brushed every day although they shed very little. A small knife is used to pull out loose hair from the coat. Show dogs need more intensive grooming, probably requiring the help of professional groomers.

The Airedale Terrier is not prone to many diseases except for hip dysplasia, an affliction marked by abnormal hip formation that causes lameness. Like most terriers, they are prone to dermatitis, which may be caused by faulty diet, thyroid problems, and allergies.

Behavior / temperament:
Airedale Terriers are energetic and require plenty of exercise and mental stimulation. Well-trained Airedale Terriers can be a pleasant sight to watch, especially in dog sports, obedience tests, and agility. Airedale Terriers love to be outdoors since they were bred to hunt, fish, or herd sheep. They are excellent swimmers and hunters. Some dogs may develop negative tendencies such as chewing, aggression, excessive barking, etc., which can be reduced with adequate training, socialization, and exercise. Their protective instincts are strong.

Airedale Terriers are not difficult to train. The trainer should ensure that the training program is interesting and varied to maintain the motivation levels of the dog. Airedales appear to be low in intelligence to some because they easily get distracted. However, they have a keen sense of curiosity and learn things fast if they are motivated enough.

Airedale Terriers are not very noisy though some dogs may bark a lot, simply out of boredom.

It's more than a dog, it's a friend, protector and a member of the family!
They say it is the most devoted dog in the world. They say they are loyal to only one owner and if they are abandoned, they do not accept a new person and always long for their owner. This is what happened once to our Airedale Karat, when my family went for 2-weeks holidays and left the dog in my grandfather’s house. He felt depressed probably thinking that we left him forever.
It is a hunting dog. Even if you don’t train it, it has strong instincts, and there’s nothing you can do about it. They chase every moving object: cats, other dogs, cars, bulls. On the other hand, if they were not trained once they reach the object, they don’t know what to do next. More than once, we had to drag Karat out of a fight with a bigger dog (though normally they get on very well with other animals) or stop him from chasing a bull (who knows what he was going to do with a bull!). Airedale’s owner should spend a lot of time outside with this dog: they need movement, love new impressions, they are playful, easy-going and are always ready for fun. In my childhood, Karat was my tireless playmate, and especially loved playing hide-and-seek.
They are also very intelligent, balanced, friendly, patient with children and can be easily trained. They are never unnecessarily aggressive, but they understand it very well when actions must be taken. Karat used to protect my elder sister from unwanted attention of men, and me from boys who were trying to bully me.
Overall, despite some disadvantages (their hunting instincts), if I ever decide to have a dog again, I will surely opt for an Airedale..

From S Dean - Trainer and Former Vet Tech 574 days ago

Good solution to many problems
After having stomach problems, or sensitive stomach I tend to give yoghurt to my dogs (and cats as well), because it has good bacteria that will help them, it is good for re-hydration, and for small pups and kittens I like to give them yoghurt and not milk, because they digest and use yoghurt better. .

From DVM Ivana Vukasinovic 1077 days ago

Adopt a Airedale Terrier from a shelter near you 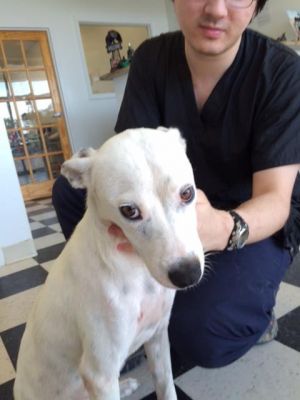 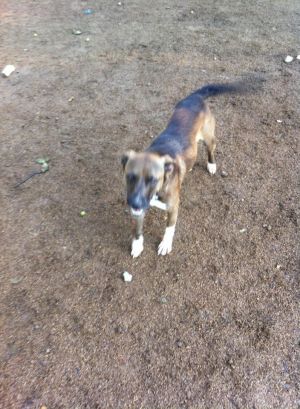 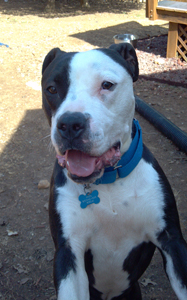