Is the Mixed Breed / Domestic right for you?

The basics:
Cats: internet sensations and possibly the most popular pets in the world (they outnumber dogs by possibly as much as 4 million in the United States!) While there are many pedigrees to choose from, some particularly exotic, the majority of cats looking for their furrever home are mixed breed or domestic.* Affectionate, playful, curious, and occasionally capricious, when it comes to this category, there’s a cat for just about everyone.

Mixed breed and domestic cats come in all shapes and sizes, all colors, and just about every temperament you could dream of. They’re often healthy and hearty pets, less predisposed to the genetic disorders that sometimes plague purebred lines. Maybe most importantly, the ASPCA estimates than 3.4 million cats enter animal shelters every year, a majority of which are mixed breed or domestic. Most of these cats are looking for new homes (which is a good excuse to get 2 or 3!)

*The term “mixed breed” is sometimes used to suggest that the cat has features which might indicate a "purebred" cat is in its lineage. For example, a cat might be described as a Persian or a Siamese “mix”. In contrast, the term “domestic cat” is commonly used to describe a cat which has no identifiable purebred characteristics.)

Body types range from: the "Oriental", which refers to any cats with an elongated slender build, almond-shaped eyes, long nose and large ears; to the "Cobby", a cat with a muscular, compact build and roundish eyes, short nose and small ears.

Domestic cats are often labeled by the length of their coat: as a DSH - Domestic Shorthair; DLH - Domestic Longhair; or DMH - Domestic Medium length hair.

Domestic cats come in many patterns; some of the most common types being:

Incredibly sweet!
I've had DSH cats since 2006. Dorian (pictured) and his sister, Rapunzel, were adopted when they were about 6 months old. Originally I was going to adopt his sister because she was outgoing and he was more reserved but I felt bad about separating them so I adopted both. Twelve years later, Rapunzel is what I always imagined a cat to be - fairly aloof, only wants attention when she wants it, and overall lazy. Dorian has turned out to be my shadow and completely bloomed. He plays fetch with his toys and will bring them back. He even taught another adopted DSH how to play fetch. He loves drinking out of the sink and he's quite chatty. If I sneeze (which happens fairly frequently because, surprise, I' m allergic to cats!), he will chirp afterward. Unfortunately, in his older age, he has developed kidney disease. These mixed breeds are just as likely to develop health issues as other breeds and do require the same veterinary care. He is low maintaince for grooming but if I'm brushing my long hair cat, he comes running because he actually enjoys being groomed. Overall, a fantastic breed to have!.

Great for dental health
An older rescue cat of mine had quite a few issues including dental problems. She smelled horrible! I give Greenies to my dogs, who love them, and figured I would try the feline Greenies. Not only did my old cat go CRAZY for them, it helped to keep her teeth clean. She was missing a few teeth and could really only eat wet food, which would typically get stuck in the few teeth she did have. The Greenies helped get all the food out of her teeth and meant less work for me and less stress on her. Greenies are one of my favorite treats for dogs and cats..

It doesn't completely stop him, but it slows him down
Right now we're having a bit of a problem with my male cat, Alphonse. He keeps chasing our female cat, Angelica around and beating her up. He's taken to bullying her out of the food bowls, as well. I use aromatherapy oils a lot. I have an essential oil warmer in a couple of rooms here. He likes the way they smell, and he'll chill out for a little bit. Sometimes he even goes to sleep. But, the peace doesn't last for long when I use only this method. I feel like it's more effective when I give him one of his calming treats with the tryptophan in it and put on calming music, as well. .

Adopt a Mixed Breed / Domestic from a shelter near you 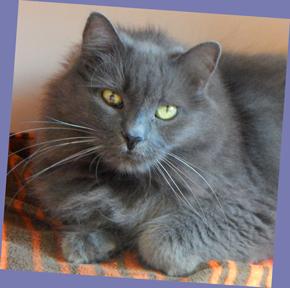 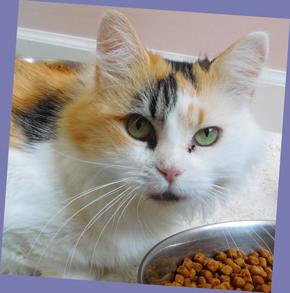 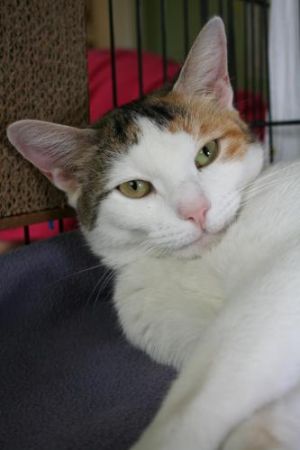