Is the American Shorthair right for you?

The basics:
If a fussy feline or a clingy kitty isn’t your thing, the American Shorthair might be the cat for you. Easy-going, yet playful, independent, yet social, this is a cat who doesn’t mind adapting his day around your lifestyle. They’re a popular family cat, tolerant of children and ready to play, yet low-maintenance and content to spend time on their own. American Shorthairs are good at entertaining themselves, and find great pleasure in a quiet afternoon in a sunny window – bird-watching may be a favorite activity.

The American Shorthair is a cat rooted in American history. They arrived on the Mayflower with the Pilgrims, an unofficial but valued member of the ship’s crew. They were frequently kept aboard ships to protect food stores from mice and rats, an inborn skill that carries over to the American Shorthairs of today. They are excellent mousers, but they’re not above a bit of bug-catching, and are known to snatch insects right out of the air.

Appearance / health:
American Shorthairs have a strong build and body symmetry tailored for lots of activity. They are of medium to large size and very proportionate. They have a wide chest and thick hind legs and plump, expressive face, large pointed ears and an oblong head. The coat is thick and even. The eyes may be blue, green or amber. The American Shorthair is recognized in more than eighty different variations with patterns ranging from the brown patched tabby to snowy white, striking silvers, smokes, tortoiseshells, calico vans, and cameos. Blue, brown, and silver varieties are most popular.

Behavior / temperament:
American Shorthairs are popular as gentle companions. They are intelligent and extremely adaptable, loving, and playful, which makes them an excellent pet for families. They are low-maintenance, and though they enjoy socializing, they are good at finding things to do on their own. Because of this, the American Shorthair may be a good option for someone who must leave their cat alone for long periods during the day. They are tolerant and laid-back, and do well with children and other pets (however, as they were originally bred as mousers, you may want to keep the family hamster out of reach!) The American Shorthair is a robust and healthy breed, and has an average lifespan of 15 to 20 years.

Our American Shorthair (and short tail!) is the happiest cat ever
We adopted Wilson last November and he is the sweetest, goofiest little kitty. Every morning he is underfoot greeting us and whacking his 3/4 length tail against our legs. He loves every living thing and adores our dogs (who couldn't care less). His health has been less than stellar. Out of the 3 months he's been with us, he's probably been sick 2.5. When he first arrived he had a cold, which cleared up. Then he had another cold with a lot of congestion. That turned into a bacterial infection, and then we found out he had worms as well. He's finally getting all of that cleared up with plenty of meds, and even at his sickest he was the happiest, sweetest cat I've ever met. .

Physical exam before beginning treatment
A comprehensive physical exam is a must before beginning any treatment for a "behavior problem." Any sudden changes in your cats behavior may indicate an underlying medical problem. Your veterinarian will do a complete physical exam to check for any obvious signs of pain or injury. Also, they will check a temperature to ensure there is no fever. Another important indicator is checking the weight of your pet. Unexplained weight loss or weight gain may indicate an underlying metabolic disorder. Based on their physical exam, the vet may recommend bloodwork as well to check the kidney, liver, and thyroid functions of your cat. They may also need this information before starting medication for your cat as a baseline, so that the values can be monitored if your pet is on behavior-altering medications long term. .

Adopt a American Shorthair from a shelter near you 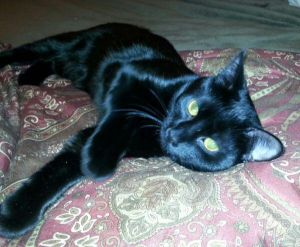 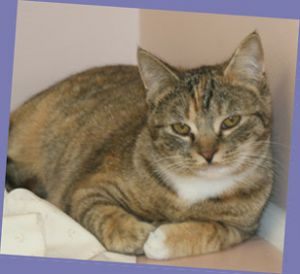 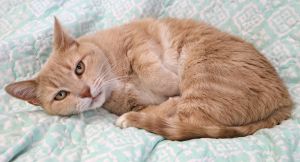