Socialize When a Puppy

Treatment Type: Training Techniques
Caregiver: Do it Yourself

Why puppy socialization is so important

Socializing a puppy in the first few months of its life is extremely important for growth and self-esteem. Socializing your puppy helps him get used to the world. She will become familiar with other people, dogs, sights, sounds, and smells. This creates a stable dog who is confident and a joy to take places.

Early socialization means exposing a puppy to hundreds of new things in a positive manner during the first four months of its life. Socialization can make the difference between a dog who gets euthanized because of major behavior problems and a dog who is nice to live with.

If you adopt your new dog as a puppy, you have an amazing opportunity to give her the best possible start in life. Dogs are naturally extremely social animals, and provided with the opportunity to socialize regularly will be extremely unlikely to develop aggression issues. Remember, however, that dogs operate according to sophisticated social rules. Your puppy will have to learn these rules, and, like baby humans, are likely to make mistakes with biting too hard, being too overbearing, or just annoying the other dogs to exhaustion. It is your responsibility to make sure your puppy learns correctly, to protect other dogs from your puppy's over-exuberance and protect your puppy from their frustration.

When to socialize your puppy

In these first four months, they need to learn the people, animals, and experiences that will be part of their life scape. So think of all the ways humans look -- with hats and canes and big winter parkas, old and young, male and female, ethnic backgrounds and religious garb, carrying big boxes and umbrellas -- the list goes on! It is important that a puppy not only be exposed to all these different types of humans but also that their experiences with them be pleasurable. So take treats along with you when you are out for walks and solicit the help of all you meet, asking them to give your puppy a yummy little morsel. But don't force an interaction with a shy pup. Instead, have the stranger get less threatening looking, perhaps getting down lower or tossing treats from afar. Hopefully, gradually your little pup will gain some confidence, enjoying the advantages that strangers offer, and start to seek out their attention and their treats!

Will your puppy be living with cats or cows or horses someday? Now's the time to plan ahead and make some introductions. And what about thunderstorms, fireworks, the roaring surf, a slippery linoleum floor? You need to try to anticipate all the challenges that lie ahead and introduce them safely and happily now.

The more your puppy has been happily exposed to in their sensitivity period, the more plastic and confident s/he will be with new things in the future. So do your homework!

So beneficial but must start early!

Socializing your pup is one of the most important things you can do for him or her, and it is so necessary to start early on. Socializi...

Posted by kelseywarda on Sunday, November 12, 2017

Shop for Socialize When a Puppy 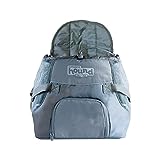 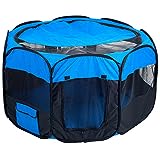