Elavil etc. (amitriptyline) belongs to the group of drugs called tricyclic antidepressants (TCAs). Amitriptyline is used to treat a variety of anxiety disorders in pets.

TCA's work by increasing levels of serotonin and norepinephrine, two of the neurotransmitter chemicals that carry messages between brain nerve cells.

With the introduction in 1988 of Prozac etc. (Fluoxetine), a new type of antidepressant called the selective serotonin reuptake inhibitors (SSRI's) began to replace the TCA's as the preferred course of treatment for mood disorders. Though the TCA's have been shown to be as effective as the SSRI's (and other newer types of antidepressants) in affecting mood, they also tend to be less selective in the brain receptors that they block, and thus tend to cause greater side effects - like sedation, weight gain, dry mouth and constipation.

All dogs with anxiety problems require a full physical examination and clinical history taken just like any other disease or problem. I... 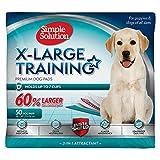 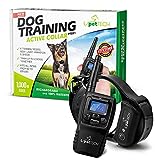