Desyrel etc. (Trazodone) is an antidepressant medication which is chemically unrelated to the serotonin reuptake inhibitors (SSRI's), tricyclics (TCA's) or the monoamine oxidase inhibitors (MAO inhibitors).

Trazodone appears to work by increasing levels of serotonin, one of the neurotransmitter chemicals that carry messages between brain nerve cells.The relationship between neurotransmitters and pain has been widely studied, and treatments like antidepressants that sustain neurotransmitter levels are commonly used for treating chronic pain.

I use Trazodone for anxiety (thunderstorms, fireworks, vet/groomer visits) as well as a means to keep a patient less active during a su...

Desyrel etc. (trazodone) for Fear of Going to the Vet or Groomer 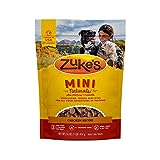